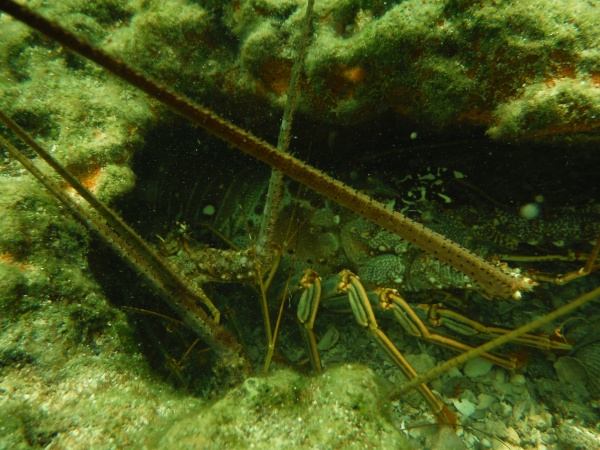 Every year  there is a two day period where Lobster season opens for two days during the week. It is for the recreational divers/ Lobster Hunters.

We headed out not knowing it was going to be blowing 15 to 20 knots. It’s all good though. We headed into the Bay and started looking for bugs. It was murky, making it hard to see the bottom to look for the bugs, (Lobster). The kids decided to drag behind the boat.

While dragging the Wade found a hole with a Stone Crab in it. He brought it up to show everyone, then let it go. They are out of season. We dragged some more looking for ledges, debris anything that would hold Lobster. Finally Ciara’s friend Lindsay said Hey Shane we just went over a big hole. I said What,  A big hole, this is perfect. So I pulled the boys over the hole and there were Lobsters.. Yippee!!!!!

As I always tell the kids, Never, ever break the law or the rules. Sometimes it is tempting when you have a Lobster and it is border line short, meaning a non keeper. It is either legal size or it is not. It is Black or White 🙂 The children get it, but some people do not. Well this leads me in to what happened next. The United States Coast Guard approached us and asked permission to board our vessel…